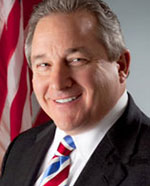 Supervisor
Town of Greece
One Vince Tofany Blvd.
Greece, NY 14612
723-2311
This email address is being protected from spambots. You need JavaScript enabled to view it.

Bill Reilich was elected to serve as Supervisor of the Town of Greece on November 5, 2013. He was sworn into office on January 1, 2014. Bill believes we all have a stake in the future of our town and that his top priority is the well-being of the Greece Community. He believes that by working and planning together we can plot our course so that the next generation of residents can inherit a town that is better tomorrow than it was today.
Prior to his election as Supervisor, Bill was honored to serve as the Member of Assembly for the 134thdistrict which included the Towns of Greece, Ogden and Parma. He faithfully served the residents of these towns for 11 years, providing a voice in Albany for the families and businesses he represented.
While Bill is passionate about service to his community he brings his extensive background as a small business owner for over 28 years with him to Town Hall.
Bill is the son of a twice-wounded WWII veteran and a member of the Sons of the American Legion. He is grateful to our military personnel who have sacrificed so much so that we may all enjoy the great freedoms we have all come to appreciate.
Bill has been active in his community by serving as a former member of the Greece Zoning Board, Greece Environmental Board, Monroe County Planning Board, Greece Chamber of Commerce and as a Captain of the Marine Volunteer Fire Department. He was also a former member of the Lakeside Hospital Foundation and served as the liaison for the County of Monroe Industrial Development Agency. 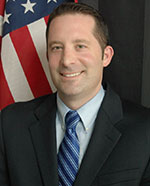 Councilman 1st Ward
144 Crosby Lane
Rochester, NY 14612
315-5823
This email address is being protected from spambots. You need JavaScript enabled to view it.

First Ward Councilman David "Mike" Barry, Jr. has a long history of public service and has been a member of Greece Town Board since 2013. He is currently the Principal at Greece Christian School, following a stint at Destiny Christian School as its Executive Director.

He was also the Executive Director at the Rochester-Monroe County Youth Bureau for nearly 8 years, where he created and oversaw the "Safe Harbour" Program which protects youth from trafficking, while  managing the afterschool programming, intergenerational events, runaway-homeless services, and mentor opportunities for all of the towns and City of Rochester at the Youth Bureau.

Councilman Barry also has served as Clerk of the Monroe County Legislature, and as a graduate from Niagara University with undergrad and graduate degrees, he want on to teach and coach at Spencerport High School, Onondaga High School, and Bishop Kearney High School.

Mike lives in Greece with his wife and 3 children.

507-9133
This email address is being protected from spambots. You need JavaScript enabled to view it.

A longtime Greece resident, Bill received an Associate’s Degree from Genesee Community College and also holds a degree in Criminal Justice. He has served with the Town of Greece on the Board of Zoning Appeals and the Greece Library Board.

With nearly 30 years of experience as a police officer and police chief, Bill has overseen the formulation of a working budget and supervised road patrol officers and all criminal investigations as well as all internal investigations, evidence and department inventory.

Bill and his wife, Cindy, live on Sweet Birch Lane with their three children, David, Mark, and Paul.

This email address is being protected from spambots. You need JavaScript enabled to view it.

Mike is a life-long Greece Resident and graduate of Greece Olympia High School.

He received his AAS – Fire Protection Technology through Monroe Community College and retired from the Ridge Road Fire District in 2018 after serving 30+ years.

Michael is married to Lynn and together they have 2 sons – Jeffery and Matthew. 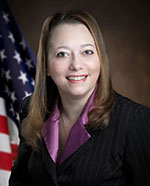 Councilwoman 4th Ward
190 Talnuck Dr.
Rochester, NY 14612
770-0044
This email address is being protected from spambots. You need JavaScript enabled to view it.

Diana is a long time Greece resident. After graduating from Cardinal Mooney High School, she earned her bachelor's degree in Accounting from SUNY Brockport.

Diana has a long career in public service. She has worked for the United Way of Greater Rochester (1993-2000), Monroe County (2000-2020) and is currently the Finance Director for the Town of Parma.

Diana lives on Talnuck Drive with her husband Doug and their two daughters, Melina and Raena.